Creation and promotion of environmental standards for camping capacities 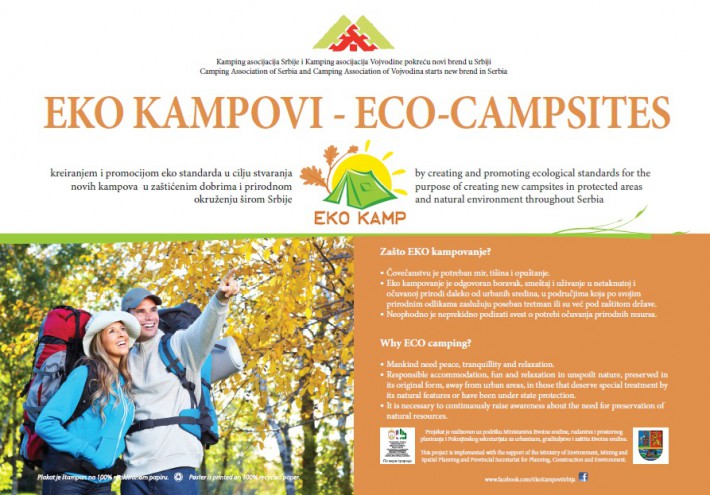 Project, led by CAS, was implemented from August till December 2011. with a support from Fruska gora National park an d Ministry of environment, mining and spatial planning.