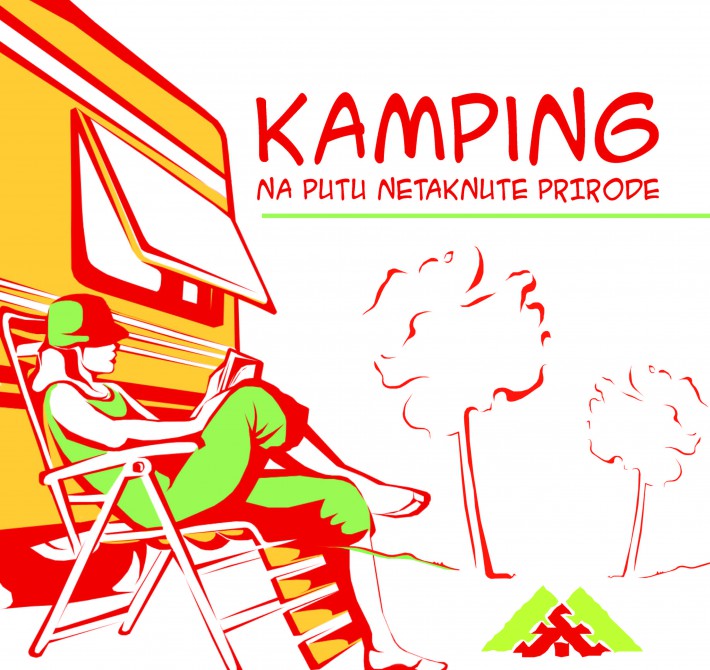 Objective of this project was producing first ever Serbian camping brochure. Following brochure presented regional camping offer including infrastructural equipped capacities for accommodation of the campers, as well as producing first camping map with camp locations and tourist attractions in the vicinity of the facilities. Also, following publication was promoted together with National tourist organization of Serbia on the most important tourism fairs in Serbia (Belgrade, Novi Sad) and in Europe (Berlin, London, Milan, Barcelona, Vienna), as on the specialized camping fairs (Utrecht, Essen, Friedrichshafen, Vicenza).

Publication of the first multilingual brochure with camping facilities in Serbia, included contacts in the campsites and tourist organizations, texts on Serbian, English and German languages about camping offer and tourist attractions, map of campsites with cultural – historical and sports facilities in the vicinity of the camping sites. Also after reality insight the first data base of the camping offer in Serbia was formed, and it was used for producing the first multilingual web presentation of camping offer.

Above mentioned brochure was promoted at the most important tourism fairs in the country and in Europe, as well as on the specialized camping fairs.

The project, led by Camping Association of Serbia with the support of  National Tourist Organization of Serbia, lasted from April 2006 to December 2009.